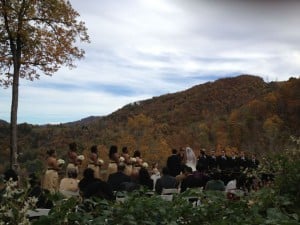 Last Monday around 6:00pm me, Ricky, and the kids pulled up to our house from my cousin's wedding. I have to say it was the best wedding I've ever been to!

Let me just share how much fun we had.

We left Summerville Friday morning around 11:00am (3 hours behind…). I drove the entire way and Ricky and I listened to our educational CDs along the way so we lost no productivity.

Once we got close to Asheville, NC we started to see some mountains. The view was breathtaking, but little did we know we'd see a lot more!

After driving for what seemed like forever, we finally arrived in the vicinity of Castle Ladyhawke. Needless to say, we got lost, and ended up 3 thousand feet in the air, on the side of a mountain on private property! (Don't ask…lol) 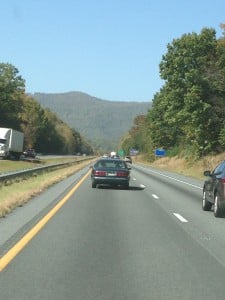 Finally after turning Ricky's truck around on what seemed like the smallest road on planet earth we were headed back to find the castle, and about 30 minutes later we did!

We arrived at Fable Village, which is on the Castle grounds and also where us and a lot of the wedding party were staying. I was happily greeted by the Bride to be!

Soon after seeing her we quickly settled into our cottage and started to get ready for the Rehearsal dinner.

The dinner was great and I was pleasantly surprised to see one of my favorite cousins, who I thought was having a ball in Los Angeles instead of attending the wedding. 🙂

After we got our bellies full we all decided it was time to get back to our rooms and get some sleep. I needed to go to bed early because I had a full day of doing hair!

Since it was dark outside and we had already been forewarned by my Grandpa that there were Bears and Coyotes there we decided to all walk as a group to get the cars. 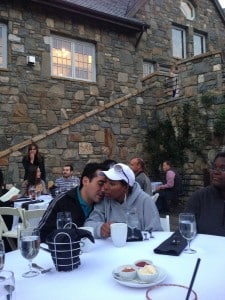 My Mom and my cousin were walking ahead of us holding one of the flashlights. We were all walking, laughing, and talking when all of a sudden we heard…

Out of breath, we all met at the Castle safe, but came to the conclusion that it had to be a Bear! The locals later confirmed that they have Bear sightings all the time.

What a crazy ending to such a fun night!

The next morning I was woken up by the Bride to be at 8:00am. It was time for hair and makeup! Although I was only responsible for the Bride I knew I had a full day ahead.

As soon as we arrived at the Bridal suite in the castle I started doing hair.

I started with a relaxer. The bride has a short cut and needed the back relaxed. Once she processed and got her hair shampooed and conditioned, I set her hair with setting lotion on the desired style, and placed her underneath my portable dryer. 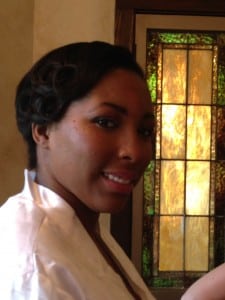 The style we chose for the wedding was an asymmetrical cut very similar to Meghan Good's haircut. Since the bride didn't have enough length on the longer side, I had to sew in some hair.

Her hair was super thick which would have created too much bulk towards the top so I decided to use the rubber band weave technique and it worked out beautifully. It was undetectable and the end result was amazing!

From her hair clip, to her pin curls, she looked beautiful, and I was very honored to have had the opportunity to be chosen for her wedding day!

Needless to say, the wedding was beautiful! We partied during the reception, and had so much fun. 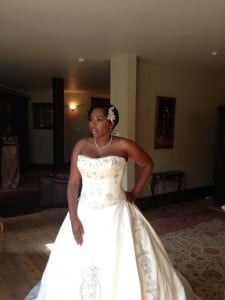 The next day we packed up the truck, had some brunch with the family and headed back home!

I hope you enjoyed! Do you have any cool wedding stories? I'd love for you to share! 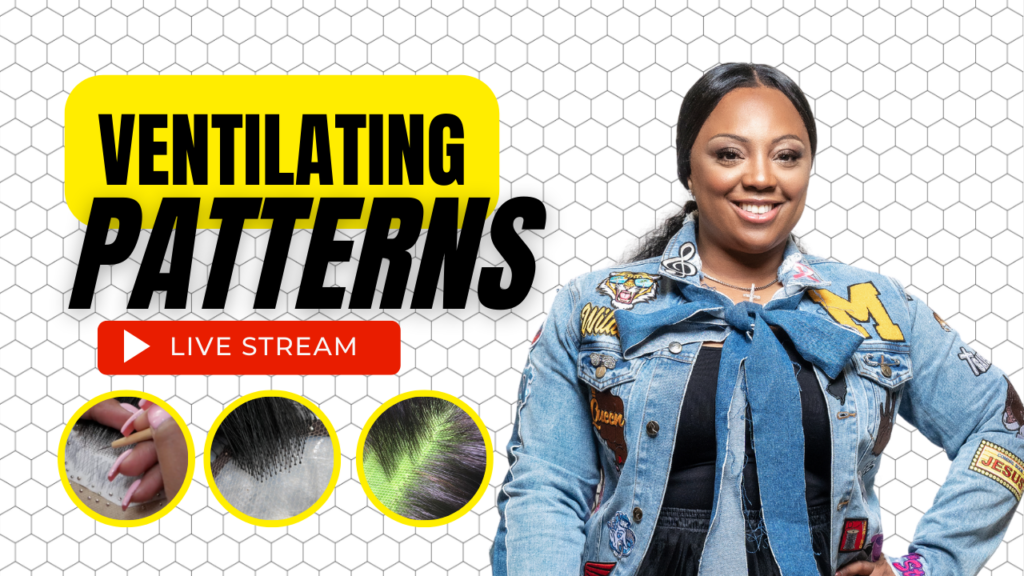